Jesse Thompson aka “JTJazz” is an up and coming prolific and energetic musician, composer, and bandleader.  JT is a native of Dayton, Ohio which is also known as “The land of the Funk”.  Being the son of a father who was a professional jazz drummer and a mother who was a church organist/pianist, JT got his gift naturally and started playing the drums as his first instrument at the age of five. By the time JT was twelve years old, he played a total of thirteen instruments, the piano being one of them.

Not only was JT musically influenced by his parents, but also by his oldest brother, Marvyn Wheatley, who recorded and played with Dayton’s own R&B group, Slave. During that period, JT spent quite a bit of time with his brothers hanging out in the studio with R&B artists such as: Slave, Roger Troutman & Zapp, Steve Arrington, and others. As a passionate artist, these interactions added fuel to his creative fire, which ultimately resulted in him making the choice to produce and perform music on a regular basis.

Although JT is a diverse musician, his primary focus is in the jazz/urban genre. His style is a mix of guts and glory while using a multitude of approaches to seduce the keys.  JT’s music can be described as smooth, soulful, melodic, groovy, and straight from the heart.  Great influences such as: George Duke, Joe Sample, Herbie Hancock, Alex Bugnon, Jimmy Smith, Billy Preston, Jeff Lorber, James Lloyd, Bob James, and others, still have a major impact on his musical journey, which make his unique creations memorable and timeless.

Although the pandemic is currently putting a lot of live performances on hold, JT is looking forward to more collaborations, as well as getting back on stage with many of his colleagues. One of the beautiful aspects of the internet, is the ability to connect and work digitally with people nationwide and abroad. JT welcomes more of that and thoroughly enjoys the connections he has made with dynamic musicians from around the world. 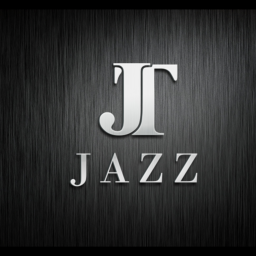